Echo The Hollow - Album Launch
Thursday December 2nd 2021 @ Kash 22 Frodsham
Finally, a general release date for Echo The Hollow!!​
The album has been available for subscribers to our mailing list for close on 12 months but lockdown prevented planning a launch gig until very recently. Since we're primarily a live project we couldn't bring ourselves to release the album until we could have a live launch gig. Where better than Kash 22, the Cheshire venue that oozes rock n' roll vibes...See you there!
Echo The Hollow will be on general release on all major online platforms, from the band website and Bandcamp from Dec 3 2021
Thank you Gareth Makin for such a well-written review: Echo The Hollow, a review of The Gus Glynn Band's upcoming album - Urbanista Magazine
Delighted to have Christie and Daniel Woods both doing solo acoustic sets to kick off on launch night! 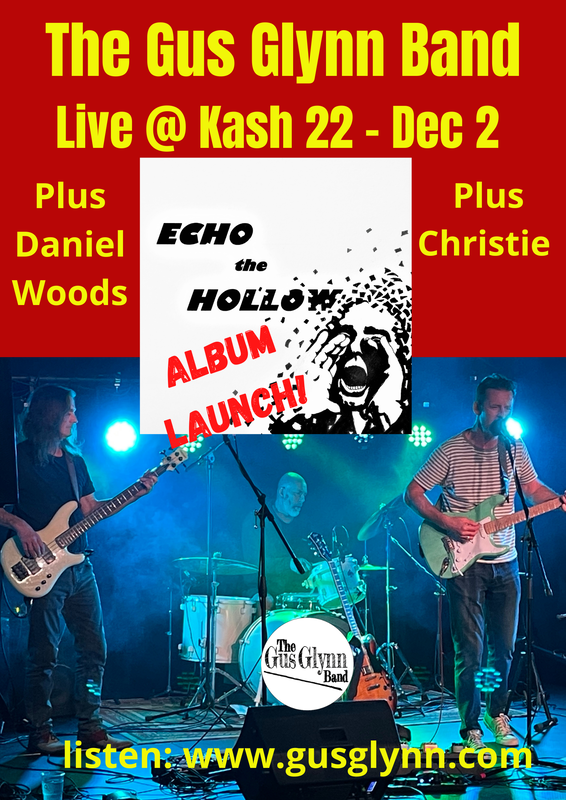 Cool feature in this little blog: ​The Mix Bag (No92) | Last Day Deaf
Live Shows
The Gus Glynn Band tour dates
Click to set custom HTML
Echo The Hollow
​ Live at The Plaza Northwich during lockdown, July 2020, for Music Making a Difference Online Festival
Hadn't seen each other in months, such a buzz to plug in and play!
Nobody Sayin' live @ The Plaza Northwich 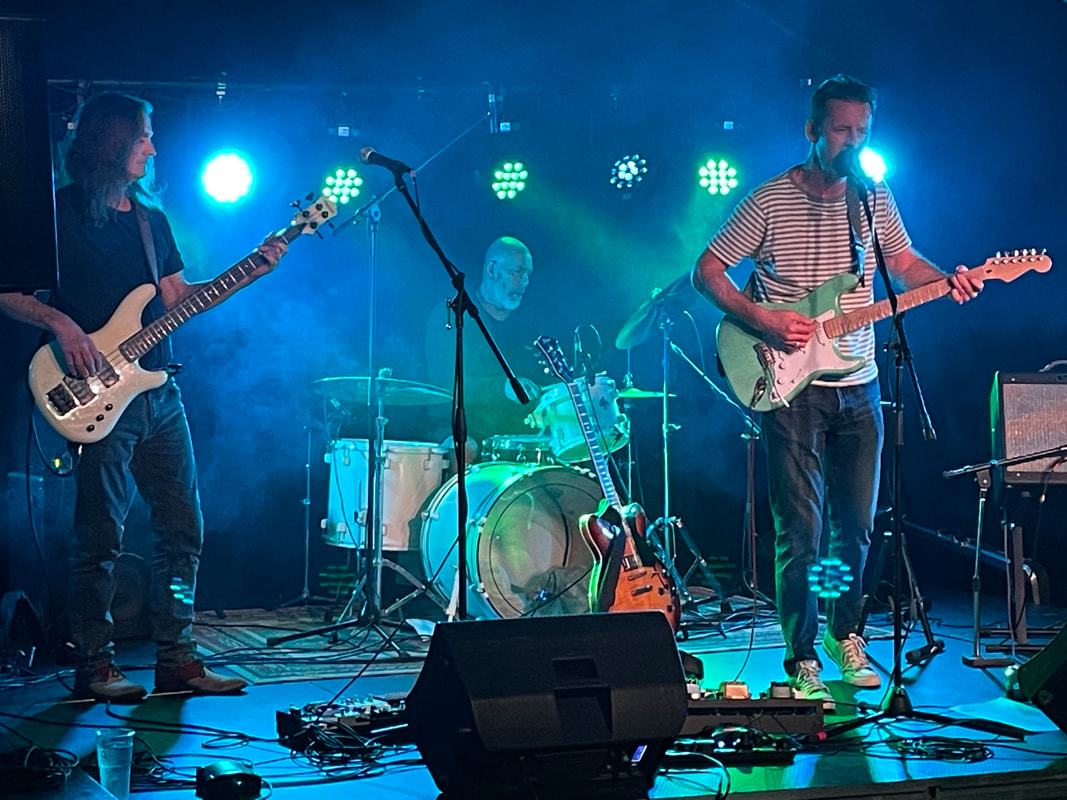 At Marbury Park headlining Friday night at the Music and Ale weekend August 27 2021
Formed in Cheshire in the autumn of 2016, The Gus Glynn Band are an eclectic Alt Rock three-piece brewing heady concoctions of Rock, Blues, Post-Punk, New Wave and Classic Soul. Their genre surfing sets draw serious music lovers and casual listeners alike with songs of irony and honesty that only the drive and integrity of a watertight trio can deliver in true Classic Rock n' Roll style.
​Live shows are packed with the feats and joys of intuitive musical cohorts who obviously love playing together, while recordings prove its possible to capture those hard hitting emotive vibes in the studio.
Driving rootsy rhythms, soaring melodies, gutsy lyrics, rock out riffs and wailing blues define The Gus Glynn Band as a force to be reckoned with, drawing an ever increasing audience to a growing community of like minded-music lovers.
Debut album Daylight was released September 2018 with the follow-up Echo The Hollow due for general release December 2 2021. The band have really honed their sound with this one and developed their flair for dynamic range into hard hitting Classic Rock and Post Punk gems with interludes of raw, yet finely crafted, Blues and Soul.
' Old Songs: Three brand new tracks in the “classic rock” genre – Ear To The Ground Music
'Something about the lead vocal on this song reminds me of George Harrison...There’s a nice texture to the electric guitar here and a driving, throwback blues energy. The message of the track’s focus on old songs that inspire us… well, that’s true for any fan of classic rock!... Gotta love it!' - Greg Jones Ear To The Ground Music
They’re a really good band, really funny, really cool, a touch tongue in cheek and I love the fact that this is real rhythm and blues. These guys are using that traditional sound, where rock and roll came from, they just sound like they’re having fun. The vocal has a very unique style, with a real choral feeling that makes you want to sing with it -
Craig Hopkinson, New Music Reviews, on ‘Oh Hey’ from debut album Daylight.

Gus Glynn is an excellent guitarist/singer who works out beautiful arrangements to support an equally effective vocal. Never overbearing and always aware of space on the canvas: Vital for the higher levels -
M. G. Stephenson x 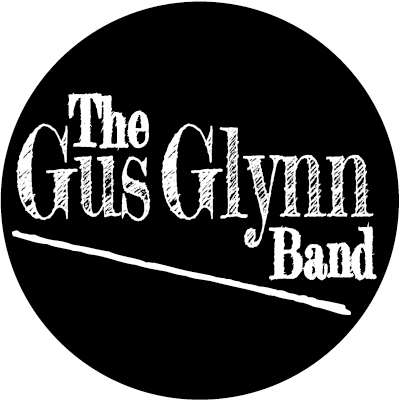